Complete Bacteria on Normal or higher (All platforms)
Buy for $0.99 USD (iOS)

« Virus are infectious agents around 150 nanometers in length. Only able to replicate inside the living cells of other organisms - their genetic makeup encourages unpredictable mutations. »
— Description of Virus in Plague Inc.: The Board Game

The Virus is a standard plague type in both Plague Inc. and Plague Inc: Evolved.

The Virus is a standard plague type introduced in version 1.0. It possesses a high natural tendency to mutate traits alongside its ability Viral Instability, but it struggles to neutralize these mutations. and so requires a different play-style that relies on fast enough infection to nullify any human counter-attack. The gene Darwinist best complements this natural ability, while Creationist can make the mutation rate seemingly more controllable. This is crucial as without the assistance of other genes, it can only mutate symptoms, and that free symptoms can help late game (especially Mega-Brutal) when the early transmission was properly handled. Additionally, devolving traits will cost DNA, increasing as more are done unless the Translesion + Gene is included to prevent the increment.

In Cure Mode, Virus presents certain characteristics that make it difficult to detect, one of them is that it is highly asymptomatic, so responses such as Contact Tracing lose some effectiveness. Also in this mode, the player presents other challenges when dealing with a virus pandemic, in which most people think it is just a common flu, so people don't take quarantines seriously, which increases Non-Compliance. The player can use certain special operations to reduce Non-Compliance by making public alerts so that people take quarantines seriously, and the player can use another special operation to increase their authority. Additionally, in this mode, the symptoms of the virus mainly affect the respiratory system.

The special ability for Virus is Viral Instability. It makes DNA unstable, which further increases the number of random mutations to occur. 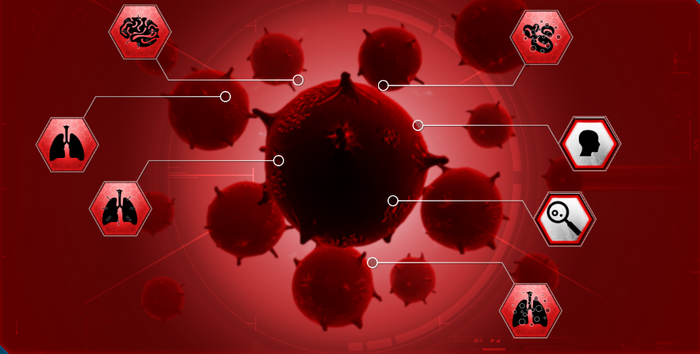 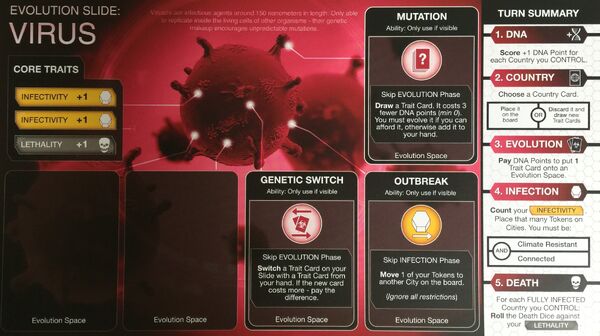 Virus Evolution Slide in the Plague Inc.: The Board Game