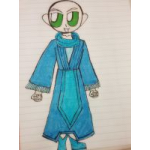 aka Prince Shadowtron7 Of Kongregate

I fancy myself to be knowledgeable about Plague Inc. because I've gotten most of the achievements, with the exception of those associated with the Shadow Plague. I like to make at least one edit a day so people know that there is an active Administrator on the site.

I also will not tolerate edits that compromise the quality of a page, such as deleting all the information on a page one section at a time, or posting random remarks, with or without profanity. Doing so may result in a block for a period of time to be determined at my discretion. You have been warned.

My preferred strategy is to remain as low-key as possible, gathering large amounts of DNA Points for one monstrous burst of Lethality that the Cure Effort can't counter. It works rather well with the Shadow Plague.

Retrieved from "https://plagueinc.fandom.com/wiki/User:DiseaseMaster7?oldid=38234"
Community content is available under CC-BY-SA unless otherwise noted.