The Simian Flu is a special plague added on July 10, 2014 in the Mutation 1.9 update for Plague Inc. It can be purchased for $1.99 USD on the mobile version, while it is available from start in Plague Inc: Evolved.

Simian Flu is based on the ALZ-113 virus in the Rise of the Planet of the Apes series of movies. A genetically modified viral medication designed by Gen-Sys to increase human intelligence and cure Alzheimer's disease. The virus is lethal to human patients, but has entirely different side effects on apes.

Simian Flu behaves like a normal viral plague, killing humans and with a high chance of mutation. Devolving traits costs 4 DNA Points and the costs increase with more de-evolution. However, it also has a somewhat similar ability to the Necroa Virus, the ability to create other hosts of the disease. By evolving Simian Neuro-genesis, infected apes will gain a massive boost to their intelligence. Intelligent apes are not harmed by Simian Flu and can spread it between themselves and humans freely. Intelligent apes are a powerful counter to slow the research of Gen-Sys, who will use apes to try to speed up cure research. Apes can also form Ape Colonies to gather DNA points and protect other apes from human aggression, and migrate to other countries. To win the game, the player must re-balance the playing field by increasing lethality in humans alongside boosting abilities for apes, until humanity is outnumbered by the ape population. 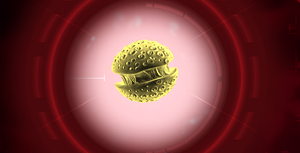