Science Denial is a plague type and scenario in the Mutation 1.16 update, along with the Ultimate Board Games scenario.

Similar to Sovereign Default, research capabilities has been slashed to about half the usual amount, leaving only 158 flasks worldwide, as the world rejects science. This favors the player most of the time, as it takes much longer to develop a cure.

Catalytic Switch is rendered useless since there are no research planes, so no cure flask bubbles will appear.

To compensate for the reduced development capabilities, a “Super Science” utopia will spawn in a random country, granting that country the maximum Cure Effort potential, with 10 flasks. It will be revealed in a pop-up later in the game.

Additionally, when the cure is developed successfully for the first time in this scenario, it will fail to deploy. Furious anti-science protesters will destroy the cure, causing the progress to revert to zero and buying more time for the player to score a victory. In the case of Nano-Virus whose Kill Code Board-cast starts as soon as the game begins, it will be invalidated temporarily before the progress drops to zero, essentially forcing it to restart.

If the science utopia was destroyed by the plague or the protestors, humans will stop believe in quarantine and are willing to reopen their borders, if they've closed them before. This does not prevent them from being closed by the government thereafter, however.

These are some art concepts during the development of this scenario.[1] 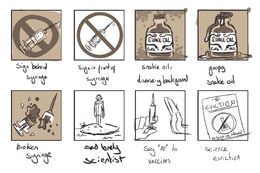 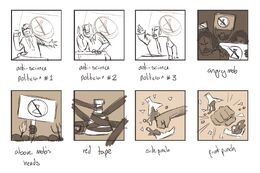