Unlike other pathogens, the parasite and its style of life prevent it from passively gaining DNA points from infections and has a much higher starting Severity than usual.

Like the previous three disease types, Parasite has all the same Transmissions, Symptoms, and Abilities. Its unique Ability Symbiosis lowers its Severity, which is vital for it to spread far before the governments of the world notice it. It also gains a large number of DNA from orange bubbles, allowing it to improve its Transmission ability and the lethality of its symptoms. 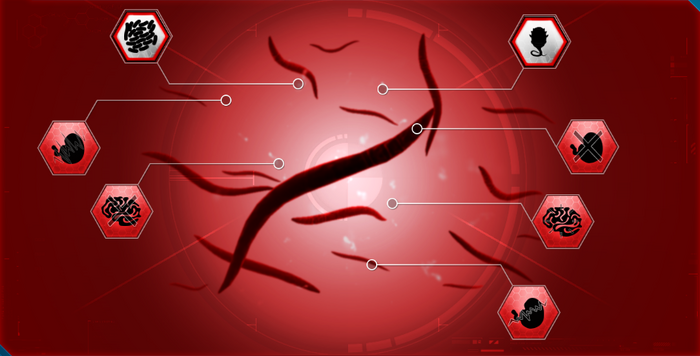