The Necroa Virus is an expansion pack that was released with the Mutation 1.5 update. It is a stereotypical zombie virus.

The Necroa Virus is a special plague type that has aggressive metabolic demands, and "extreme regenerative capabilities." Its most notable trait is that when it infects humans and kills them, they will reanimate and become "undead" zombies (if the Cytopathic Reanimation symptom has been evolved via mutation or DNA points). The plague can be unlocked by purchasing it for $1.99 USD, by beating the Neurax Worm disease type on brutal for mobile devices, or by beating the Prion disease on normal or higher in Plague Inc: Evolved.

The Necroa Virus itself is very easy to cure in general. This is countered by Cytopathic Reanimation, which causes any dead infected person thereafter to have the chance to reanimate as a zombie. Zombies cannot be cured. This symptom leads to various abilities and symptoms that will increase the effectiveness, or severity of the zombies. It is useful to evolve this at before 85%, as more time means more zombie foothold.

After a some time, a Z Com base will be installed in a random country. Z Com will try to eradicate your zombies, and Z Com will get stronger as time goes by, and will establish additional bases in other healthy countries, affecting the countries they are in. Thus, it is imperative to attack the new and inexperienced Z Com base.

Zombies in a destroyed country starve and die quickly, so Zombie Horde should be used to move them. This is indicated by a zombie bubble. Make sure the number of zombies is high before attacking a base, or else they will be massacred. Once Z Com is eliminated, and all humans are either killed or turned into zombies, the game ends and the player wins.

There is also a hidden in-game origin story for the Necroa Virus.

Each of the storylines will have three achievements for completing it.

The Necroa Virus flag in the main menu

Horde Bonus (from the horde ability, you control where it goes)

A horde targeting a country after using the horde bonus ability

The Infected bar becomes the Zombies bar, upon evolving to Cytopathic Reanimation

A screenshot of the Necroa Virus in Plague Inc: Evolved[2] 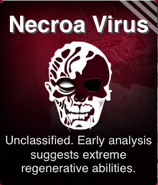 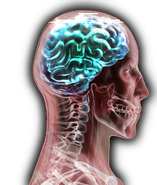 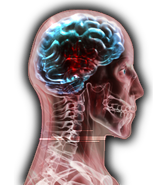 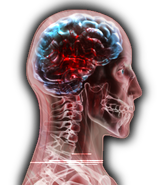 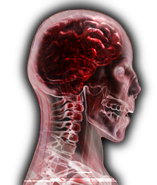 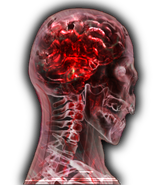