The Nano-Virus is a microscopic microbiological nanotechnological nanobot with the ability to replicate itself. It was accidentally released from a laboratory, and now humans are trying to shut it down by broadcasting a "kill-code" that will deactivate the virus. This means that "cure research" (or in this case "kill code broadcast") starts from the beginning of the game. Like all other normal plague types, one must kill all of humanity before the cure, or in this case, the kill code can be broadcasted. This quirk makes Nano-Virus ideal for speed runs.

Nano-Virus is a microscopical robot being accidentally released from a laboratory, causing cure research to begin right after its deployment. To compensate for this, Nano-Virus has lower symptom costs, a Cure requirement 2.5x of other standard plague types and better overall stats. 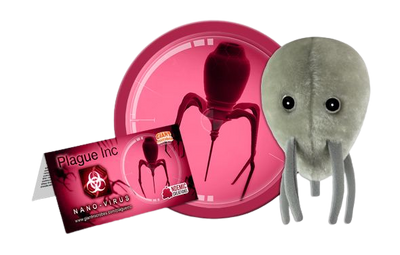