The Plague Inc. plush toys are first launched on December 11, 2015[1] and became available at the Giant Microbes online store. All of the plush toys' designs are based on the plague diseases. 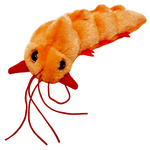 The Neurax Worm is a manipulative, mind controlling organism that burrows into the brain. Living in the jungle, undiscovered for thousands of years, humans have now entered its natural habitat and given it the means to spread... 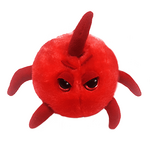 The Bio-Weapon is an angry pathogen that has no time for messing around - do not touch it! Released on the world accidentally, it becomes more lethal over time and is incredibly hard to control. Can it still spread when it kills everyone it touches? 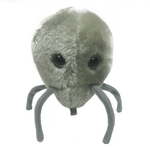 The Nano-Virus is an artificial construct that is out of control and fast-moving. Having escaped from a lab whilst being used for medical research, this microscopic machine has the potential to wreak havoc. Humans are broadcasting a kill code to shut it down but it might already be too late...

The Plague Inc. T-shirts are launched on May 22, 2015[2] and became available at Amazon for men, women, and youth. 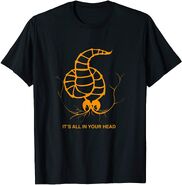 The alternate version of the "IT'S ALL IN YOUR HEAD" T-shirt.

Retrieved from "https://plagueinc.fandom.com/wiki/Merchandise?oldid=59213"
Community content is available under CC-BY-SA unless otherwise noted.