View source
Not to be confused with Cure Mode

The Cure is humanity's last defense against a plague. Once a plague becomes spotted, cure development starts shortly after (or when you fund Vaccine Research in Cure Mode).

The cure, once completed, causes development teams to rush all over the world to begin to rapidly heal the infected. Once all of the infected have been cured, the game ends in a defeat by cure, or victory by cure in Cure Mode. 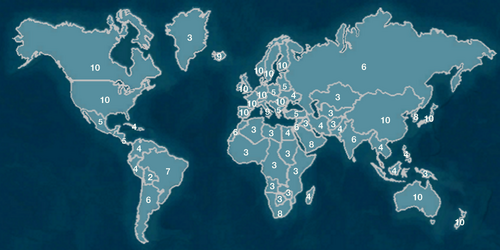 Research Facilities are a feature in the coding of Plague Inc. and Plague Inc: Evolved which mediate how much cure research money a certain country has.

They provide a major challenge for the player in the form of cure development. Each country has its own research facilities, and each facility invests $1,146.56 daily for the cure. There are a total of 340 facilities in the normal Plague Inc. world, with each country (or group of countries) having 2-10 of its own. Listed below are countries by how many facilities they have each in Plague Inc. The amount of money can be increased by government actions such as a martial law declaration.

Note: During Sovereign default they have less total research facilities (282) and more in Golden age (446). And in Mirror Earth the numbers are inverted (Rich becomes poor, poor becomes rich, etc).

Variations of Cure with other pathogens

In Cure Mode, the namesake subject (also named Vaccine) is allied to the player, and is their goal in achieving a victory. The cure must be properly developed before Authority is drained. When done, it is distributed to the rest of the world