A rural group of countries. Typically has a cold, humid climate.

Museum of Occupations and Freedom Fights, Vilnius, Lithuania
Baltic States is a rural group of countries. It has a cold, humid climate, and is surrounded by Poland, Ukraine, Finland, and Russia.

IG Factbook: "The Baltic states are also known as the Baltics or Baltic countries. The region consists of: Belarus, Estonia, Latvia and  Lithuania. The term 'baltic' can have different interpretation and meanings - linguistic, geographical, geopolitical, depending on the context of use. These states were under the banner of the USSR (Union of Soviet Socialist Republics) from World War II until the breakup of the Soviet Union. Lithuania declared its independence in 1990. Belarus, Latvia and Estonia declared their independence in 1991."

The Baltic States will send and receive ships from Sweden. 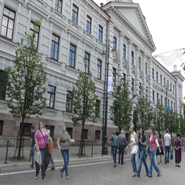 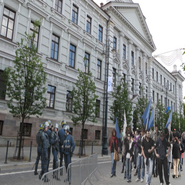 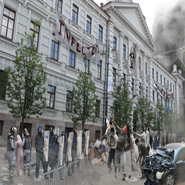 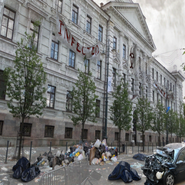